I recently had a meeting with a representative of the company that makes Vayarin.  The purpose of the meeting was to hear directly from the creators of the product about the history behind its creation and get some answers to some pressing questions that I and others had.

But let’s back up.  What is Vayarin?  Well, it’s labeled as a medical food, but at its basic level, it’s the combination of a Phosphatidylserine and two fatty acids.  Phosphatidylserine is a phospholipid, or a molecule that is a combination of a fat, amino acid and a phosphate group.  Amino acids, including Serine, are the building blocks of proteins.  And every cell in your body is surrounded by something called a lipid bilayer, or two layers of fat that are grouped in such a way the fatty portions hang together and repel the watery portions.  Think of doing the dishes after you’ve cooked lasagna and you see the fat droplets sticking together and pooling on water.

Omega-3 fatty acids, including eicosapentaenoic acid (EPA) and docosahexaenoic acid (DHA), are those popular molecules that have been talked about for at least the past ten years that are thought to help brain and heart function, as well as protect against several diseases.  Your brain is also largely composed of fat, not just around each cell layer like in the rest of the body, but also wrapped around all of the connections between each component of your brain.  Each neuron, or brain cell, has an extension of itself that talks to other brain cells.  Those extensions are called axons and dendrites, and are basically wrapped in fat.  It’s got a fancier name called myelin.  Myelin sheaths wrap around the axons and dendrites, insulating them like an electric cable allowing the information traveling along the nerves to conduct, or move, very fast.

So where does Phosphatidylserine and Omega-3 fatty acids, come in?  As you can imagine anything that makes up the outer layer of cells where information is passed from cell to cell and into each cell is pretty important.  These molecules are important for cell membrane development, and yes, this includes brain cell development.

Can we get them in our diets?  Absolutely.  Your body naturally makes all of these substances, but in varying amounts.  So getting them from a healthy diet is a key to optimal health.  Soy Lecithin has the highest content and can be found as a byproduct of many foods.  So it is a viable option for most, unless you have a severe soy allergy.  But other sources of Phosphatidylserine aren’t always the most popular things on the menu.  Organ meats, like chicken liver and heart, for example are not things my kids would eat.  Bovine brain, interestingly enough, was where the company that makes Vayarin initially turned to find their source, but nobody wants mad cow disease.  Which leaves mackerel, tuna, and herring – all of which can be a struggle to get kids and some adults to eat regularly. 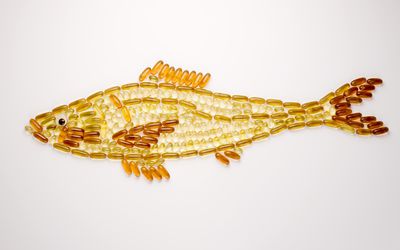 Omega-3 fatty acids DHA and EPA are found in certain fish and flaxseeds as primary sources.  I load up my smoothies with flaxseeds and can “hide” it in many baked dishes, but the fish is a little harder.  The main fish that provide healthy quantities include mackerel, salmon, and sardines; you can add cod liver oil (see your mom was right when she used to make you drink it by the spoonful!).  My family actually loves salmon (yes, even the little bean), so that is a big win, but even they won’t eat it every single day.  There are other plant options, such as walnuts, chia seeds, and hemp seeds, but these are higher in a different type of Omega 3 fatty acid, alpha-linolenic acid, or ALA, which does not highly convert to EPA or DHA. 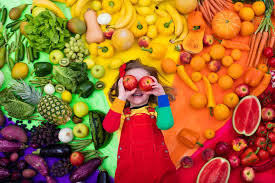 I am a huge proponent of getting most of what your body needs from nutrition.  But what if you are struggling to get high quantities in your diet every single day?  Got any picky eaters in the family?  Supplements, meaning substances we take orally in addition to the traditional food we eat, may help.

But, which supplement?  Well, Vayarin put a lot of effort into researching and marketing this special combination of Phosphatidylserine coupled to Omega-3 fatty acids DHA and EPA so that it might be the supplement of choice for you.  After all, it has its own patent, which is pretty special.  But how special is it?  Join me in the next post to learn more about it and why we chose to use it in our home.

Here are some questions for you to consider:

Bergina Isbell, MD is a Mayo Clinic trained and Board Certified Psychiatrist specializing in the clinical treatment of patients with history of Special Needs and Trauma.  She is the mother of two children with special needs, including a son with a diagnosis of Autism.  She serves as a consultant and coach for those who want to transform their lives by developing a growth-promoting mindset.